In my blindfold, the door was left unlocked, at precisely 8:45 I entered into the dimly lit hallway which lead upstairs to the small one-bedroom apartment that was now occupied by the Dom and his submissive. I slipped out of my blue denim dress and stood naked at the foot of the stairs as instructed and looked around at the personal items belonging to the man who summoned me here tonite. 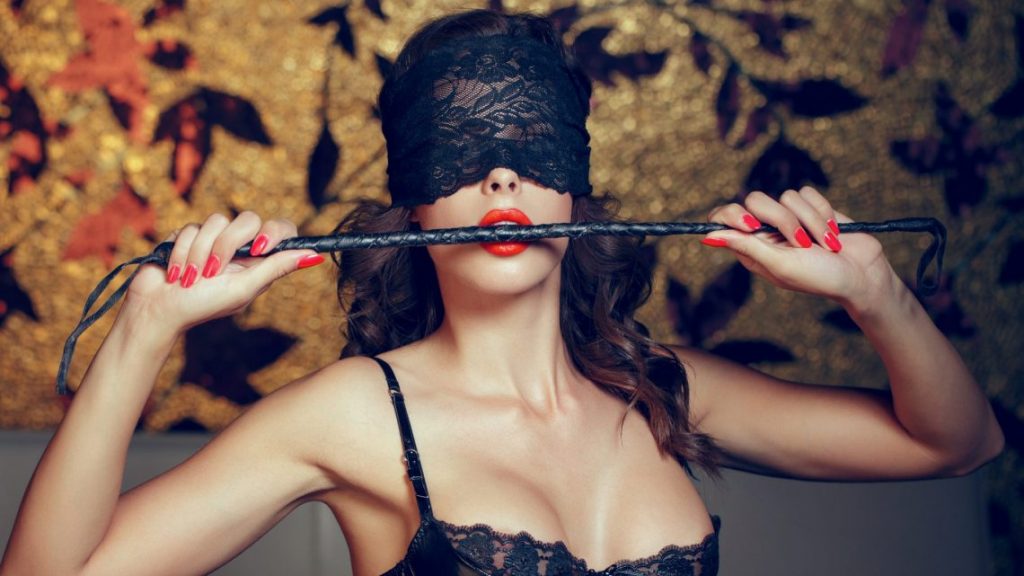 His shoes were lined neatly at the left side the railing and there where boxes stacked against the wall. Every so quietly, I inched my way up the stairs, like me, his sub was a novice and her he had lead her to think there might be a possibility of another submissive arriving here tonite. He teased and taunted her with the thought that she may be “watched” by another pair of eyes besides his.

I had reached the top the stairs, entered the living room where I stood silently. As I waited to the Dom, I looked around the room, curiously. I saw the computer that he first contacted me with, I smiled as I remembered how we planned tonite’s scene. I could feel my excitement grow as I heard the soft moans coming from the bedroom. He was smacking the sub’s inner thighs with a small leather strap, her moans becoming loader as he move it to her pussy. Lucky winch, I thought to myself.

A few moments later, the Dom entered the room where I stood with my back to the bedroom door. He reached out and placed his large hands on my shoulders running them down along the curves of my hips and stopping at cheeks of my ass, he gave them a hard squeeze and bent his head to whisper softly into my ear that he was glad that I followed his instructions so perfectly. Now, turn around and let me get a look at those long nipples you told me about he ordered as he slowly turned me to face him. Very nice, he told me as he rolled my hard nipples between his thumb and forefinger. I sighed has he squeezed them a bit harder, I could feel the excitement rise within my body with each turn and I caught my breath a bit too loudly as he gave each nipple a hard pull. It’s alight he told me, since I was concerned about the other sub hearing me. She is listening to music with a set of earphone on and can’t hear us, he told me. Stand here while I check on Jenny, he said.

Returning to where I stood, the Dom told me to lift my arms while he warped a thick white nylon rope around my the cheeks of my bottom and up around top of my breasts and back down around my bottom and back across the bottom of my breasts, so that they stood out nicely, he then tied the ends of the rope around the front of my waist. Very nice he said as he stood back to admire his work. Present me your wrists he ordered, I obeyed at once. The brown leather cuffs felt wonderful against my skin. I was lead to stand  beneath the bedroom door frame, attaching clips from the chain to the cuffs, my arms were raised above my head and attached to a hook in the door’s frame, I hung there, my feet barely able to touch the floor. My eyes follow as he reaches over to pick up a pair of small aqua colored hair clamps. Pulling first my right nipple tautly, then the left, he gently placed the clip onto my now swollen nipples. MY pussy dripped even more as the clamps bite into my soft flesh, I moaned in sheer delight. Very nice, very nice indeed, he said  as he stepped back towards Jenny, bringing his large hand down hard on her exposed bottom. “Ohhhhhh” she moaned, her juices glisten in the candlelight. My body tried instinctively to moved towards her wetness.