Humor – Wearing a Mask During Sex: No Longer Just for Roleplay

As tips for enhancing one’s sex life go, Calico is a big advocate of roleplay. Granted, one of the reasons she loves roleplay so much is that it affords her the opportunity to entice her husband to do things he would never otherwise do, like wear a hat and/or sunglasses, as part of enhancing the fantasy at hand.

As such, Calico was thrilled to read an article recently published in a medical journal offering a series of guidelines for responsible sexual behavior during the COVID-19 pandemic, because it provides great additional ammunition in her ongoing campaign to get her husband out of his sexual roleplaying comfort zone.

What sort of medical journal article could accomplish such a thing? What did they recommend that assures Cal’s husband will soon be wearing 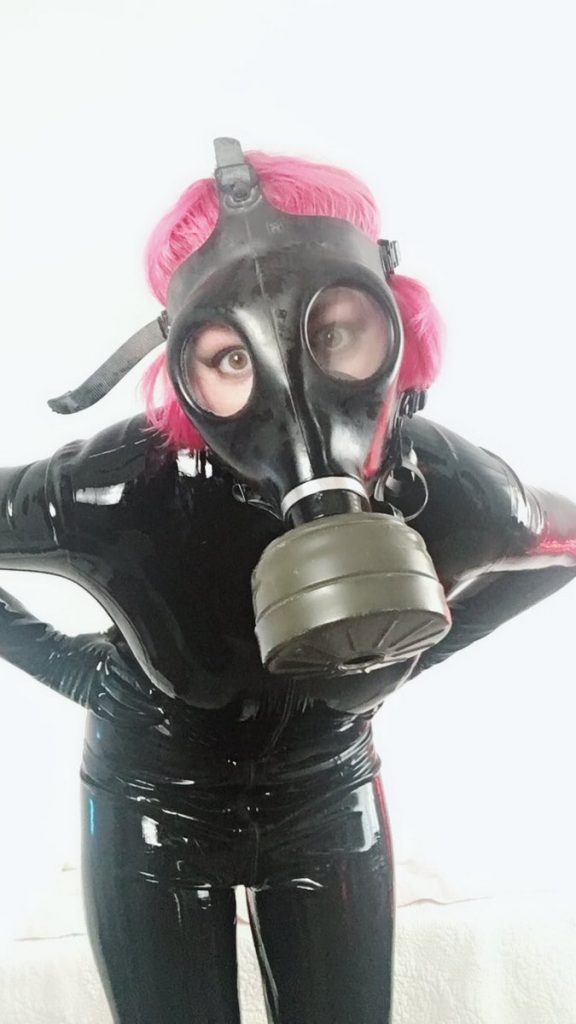 all sorts of crazy stuff on his head, whether or not that stuff was mentioned in the article? Find out in her new post, “Wearing a Mask During Sex: No Longer Just for Roleplay.”

There’s nothing like a bit of roleplay to spice up one’s sex life. And because the possibilities are virtually limitless, so too are the suggestions available for scenarios you might try on for size.

According to the description, this bit of roleplay is for you “if you don’t feel like cooking tonight and want to explore a new role play idea.”

“Let’s say you order a meat lover’s pizza and you thought you had a $20 bill in your pocket,” the suggestion continues. “But when the sexy pizza delivery person arrives, it’s nowhere to be found. You ask if you can make it up to them another way, and well… you get the idea.”

Who is that Masked Man? Wait, Don’t Tell Me; it Spoils the Fantasy

Some of my favorite roleplaying scenarios involve my husband being made to wear a hat, or sunglasses, or a mask, or even all three. While I sell him on doing these things based on the notion it adds a certain authenticity and helps me immerse myself in the fantasy at hand, the truth is I know how much he hates wearing stuff on his head and what I’m really getting off on is the fact he’ll do it anyway, at my command.

The good news is, armed with some new information, I’ve come up with a whole new set of super-realistic, if somewhat lazy, new roleplay scenarios for me and my husband to explore – each of which requires him to wear a mask.

According to a study published by the Annals of Internal Medicine, sound sexual practices for “sex with persons other than those with whom one is self-quarantined” include avoiding kissing and “sexual behaviors with a risk for fecal-oral transmission or that involve semen or urine, wearing a mask, showering before and after intercourse and cleaning of the physical space with soap or alcohol wipes.”

The way I see it, this recommendation means that for any of our roleplay involving having sex with someone other than each other, my husband must wear a mask for the fantasy to feel real enough.

Yes Honey, the Bartender WOULD be Wearing A Mask

The best part is, I don’t even have to dream up any new fantasies to justify the mask-wearing bit. All I need to do is point out that in my fantasy, he’s Craig the burly bartender from the pub up the street, or some random dude I met at the grocery store, or a cop, or a landscaper, or whatever and – wham! – the mask requirement automatically kicks in.

The other details of the scenarios have all been rendered irrelevant, other than the fantasy must involve one of us not being ourselves. And any third-party backstory will do, from the utterly mundane to the wildly exotic!

Now, you may be thinking that I’m failing to see an obvious flaw in my own plan. Namely, you’re probably thinking I’ll be required to don a mask in all these scenarios, too. This would be true if I was interested in fairness, consistency, or dealing in good faith. Thankfully, when it comes to crafting roleplaying scenarios with my husband, I’m concerned with none of those things.

So, if there comes a time when my husband pushes back on the mask requirement, or asks why I don’t have to wear one, too, I will simply point out that he’s better at suspending disbelief than I am, so the verisimilitude of it all is less important on his side of the ledger.

And if that doesn’t work, I’ll just point out that I can’t very well perform oral sex with a mask on, now can I? (Checkmate!)

Interested in Sex role Playing?  Check out the movies at Wasteland.com for some hot ideas.