There are very few things on which everybody agrees – or upon which even a majority of people agree, for that matter. We can’t even get everyone on board with the idea the earth is round, for fuck’s sake!

Sex is an area with even more disagreement than most other subjects, it’s safe to say. But there is one sexual truth that seems to be so widespread, so commonly felt, so global that you can almost call it “universal.”

No, it’s not general agreement on what the best sexual position is, or near unanimity in enjoying oral sex. And it’s certainly not a widely held agreement on sexual techniques, fantasies or desires.

What is this nearly universal sex-related opinion and what does it have to do with the advice sought by a teenage girl who recently wrote to an advice columnist who writes for  Psychology Today? Does Calico’s advice match that offered by the columnist? And were you fucking kidding me with that last question, or what? Find out in Calico’s new post, “Have You Tried Loudly Blaring Animal Sex Sounds?” 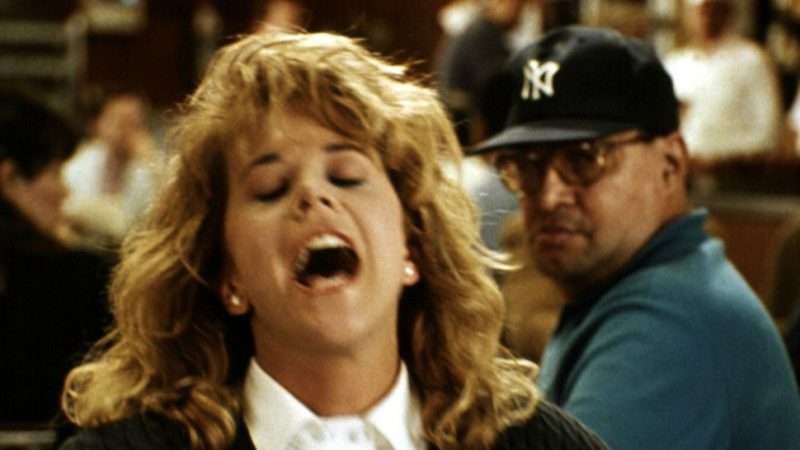 There are very few things in the human experience on which we humans seem to universally agree.

We all need water to live (preferably clean water), for example – although I’ll bet that in this age of extreme polarization of public opinion, you could probably find a wacko or two who would dispute even that assertion. (I mean hell, people have tried to prove they can live without food before, so why shouldn’t there be “water denialists” as well?)

Offhand, I’d say sexual subjects are among the least agreed upon out there. On the one hand, you have people who think sex and/or sexual desire is inherently morally wrong and should be avoided. On the other hand, you have… well, you have me, for one, who thinks those people are nuts.

There does appear to be one universal sex-related opinion, though: Nobody wants to see, hear, or even think about their parents having sex.

That nigh-universal inclination is at the heart of a reader’s letter recently sent to Barbara Greenberg at Psychology Today, who heard from a teenager who is greatly dismayed at overhearing her parents’ dalliances.

After identifying herself as a 17-year-old girl with younger siblings who are 12 and 14, the letter’s author notes that the kids “each have our own rooms but mine is (guess what) right next door to my parents’ bedroom.”

Dr. G., who is probably bound by both contract and professional ethics to attempt to offer sound advice, starts off by acknowledging “of course, you don’t want to hear your parents having sex.”

“I don’t think that anyone of any age wants to hear their parents having sex,” Dr. G writes. “Nor is anyone particularly comfortable with that thought or visual.”

Dr. G goes on to advise the teen (who also mentioned being uncomfortable with talking to her parents about sex) that this is a wonderful opportunity “to work on this discomfort and open up the dialogue about sexuality.”

“I suggest that you talk to either both of your parents or the one you are more comfortable with about your discomfort hearing their private activities,” Dr. G continues. “Take deep breaths while you present this. I know how uncomfortable this topic is likely to make you. Your parent(s) may surprise you by being very sensitive to your discomfort. In addition, I am sure that they will then come up with a plan to muffle sounds in their room.”

Is There a “Sex Sounds of the Serengeti” Podcast?

Her professional advice sounds very sensible and all – but I think Dr. G is giving this girl’s parents too much credit and doing so on spec, to boot. She’s “sure” they will come up with a plan to muffle the sounds? What if they delight in making their kids uncomfortable? What if they’re a couple of free-lovin’ hippies who think Dr. G is a like a total square, man?

If I were this teenager, I’d think less in terms of coming to an accord with her parents and more in terms of fighting fire with even more upsetting fire. Rather than talking to my parents about sex, I’d wait until the next time I heard them going at it, haul a TV (or computer and speakers) into my room, point that sucker towards my parents’ bedroom and blare a nature documentary in which animals have sex.

Obviously, for this to work, the animal sex sounds have to be very loud, very disturbing and entirely unattended by the soothing strains of Richard Attenborough’s voice.

First, in the moment, this approach will do more to immediately stop her parents fucking would than a conversation. Once they hear a couple tigers, or koalas, or whatever, screeching and grunting their way through an encounter, they’ll forget all about their selfish, overly loud indulgences, run to their daughter’s room to check on her wellbeing – and then the teenager can have the “sex talk” with them, albeit one without the ‘birds and bees’ involved… because those creatures are just never going to have sex that’s loud and distinctly sexual enough to participate in this parent-shaming project.