My Substitutes for Sex During Self-Quarantine

With much of the world in “social distancing” and “Self-Quarantine”  mode due to the COVID-19 pandemic, many people are wondering whether it’s safe to have sex — even what has hitherto been considered “safe sex” — during the ongoing crisis.

Since by a quirk of fate and travel she and her husband are Self-Quarantine in place in different states, Calico hasn’t been confronted with the dilemma of whether to have sex with him or not. Instead, it’s a question of what to do as a substitute for sex in his absence — and more generally, as a substitute for his presence around the house, which isn’t an entirely unpleasant presence, despite how she often makes it sound.

What is Calico doing to make things less lonely? How does one go about simulating not just the feel of their loved one, but the sights, sounds and even the smells of that person? Are there any advantages, from a sexual pleasure perspective, so being self-quarantined? Get one (admittedly eccentric) woman’s answers in Calico’s new post, “My Substitutes for Sex While I’m In Self-Quarantine.” 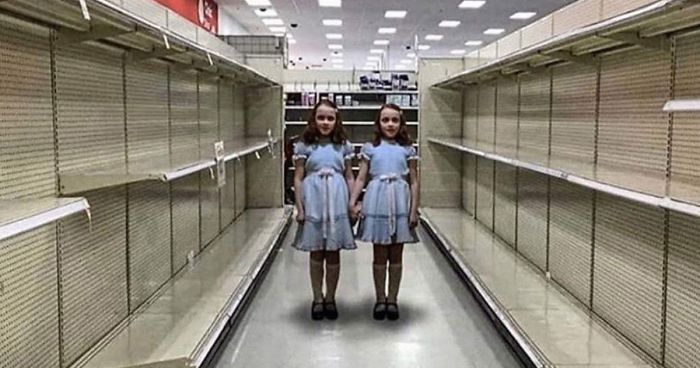 If you search the news for sex-related stories right now, you’ll notice quite a few dedicated to the question of what “safe sex” means during the ongoing coronavirus pandemic.

Sadly, or perhaps, fortunately, depending on one’s perspective, my husband and I aren’t being truly confronted with this question right now, because we’re not only socially distanced, but geographically distanced, as well. He’s in one state helping his elderly and vulnerable parents, I’m in another, self-quarantined because I’m showing some symptoms of being ill, but I’m nowhere near sick enough to be out seeking medical attention.

A Mixture of Fantasy and Realism

Not only do I get to fantasize about these men, but I get to fantasize about them in a context of my choosing – by which I mostly mean I’m free to imagine having sex with Sean Connery when he looked like this, as opposed to how he looks now, which is somewhere between my very elderly neighbor and the withered naval orange currently decaying in the dish on my kitchen counter, which probably should have been thrown out sometime in early January.

I also like to keep my fantasies grounded in real life to some extent, however, which is why I will often imagine myself having sex with Idris Elba for the same duration as my average sexual encounter back when I was in college. This yields a ‘self-quickie’ experience I like to call – with a hat tip to Flight of the Conchords – “two minutes in heaven.”

Replacing Not Just the Feel of His Presence, but the Sights, Sounds and Smells

This is, in part, another way of saying that I’m farting and belching excessively, draping my shirts on the furniture instead of putting them in the hamper and making enormous amounts of pasta at once, then eating the nothing but leftover linguini for four days straight.

I’ve also been plugging in his guitar and turning up the amplifier very loud at least twice a day, despite the fact I can’t play the thing. I do this not so much for myself, but for the cats – just to keep them on their toes. I suppose I could run the vacuum occasionally to achieve the same purpose, but I’m refraining from doing so as part of my aforementioned campaign to make it seem like my husband is here with me.

Where Are Those Hyper-Realistic Sex Robots When We Need Them?

In recent years, the media has been full of articles about hyper-realistic sex robots, mostly of the female variety, which are allegedly available, or soon to be available. While much of the coverage has been cautionary, I don’t worry about one being so realistic it would come to replace my husband – particularly in the kitchen, where hot, spattering grease might damage its lovely thermoplastic elastomer skin when making me a hamburger.

Personally, I would use such sex robots responsibly, by which I mean I would not routinely send it out in the world to restock my liquor cabinet, ask it to repair the air conditioner without reading the manual first, or teach it how to curse in Spanish.

More things To Do and See in Self-Quarantine At Wasteland.com – Click Here