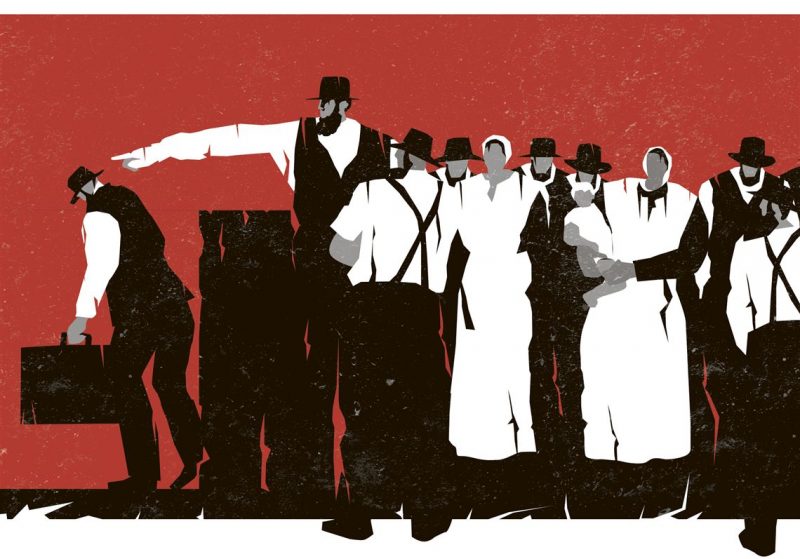 On the other hand, the “scientific” world is not extremely helpful either. Many of those – confronted with human sexual behavior in a professional way – appear to be educated based on extremely outdated information. The best (or worst) example of using outdated information is Krafft-Ebings “Psychopatia Sexualis”, a book that is over a century old but still considered a standard work when it comes to alternative sexual behavior. Krafft-Ebing was the one that came up with the terms sadism and masochism as a description for mental distortions leading to either excessive cruelty or a traumatic need for pain and humiliation and both needing this to gain sexual arousal. It is the recognition of the difference between a compulsive need and a desire the scientific world has problems with.

But mind you, it gets worse. Most schools for social workers, nurses, etc. and even GPs- when it comes to sexual behavior – either teach nothing at all or will spend one entire page of a textbook on it. There – if at all – you will of course find sadism and masochism (often called sadomasochism by the way, as if both exist in person to the same degree and at the same time) under the “perversions” heading. Unexplained, just mentioned, together with necrophilia and others.

The trouble is politicians, legislators and law departments will usually base themselves on the same “information”, sketching a picture of cruel creeps and pitiful subs begging for more lashes, desperately licking the boots of their dominant. Especially some German semi-scientists – aiming for plain short term success – have contributed to all of this with some absolute pulp either on “historic descriptions” (such as “Cruelty in Russia through the Ages”, The History of Corporal Punishment” or “The Cane in School and Home Education”) or statements that are usually incomplete, outright wrong and most of all for no real reason connected to sexuality (such as declaring Torquemada – the most prominent Spanish inquisitor – impotent without any scientific proof).

In the wrong corner

For various reasons the EPE community – unlike for example the gay community – fails to tackle this problem. One of the main reasons for this is the fact that there is no EPE-community. At best there is a collection of small groups and circles that hardly ever manages to cooperate, team up resources but usually goes down in internal politics. As a result there is hardly any effort put into real and decent research, there is an enormous waste of already very limited financial and other resources and most do not come any further than copying what others already do. Available information is not shared, but every group starts to re-invent the wheel and will produce its own information, that is usually limited. Many initiatives go down in discussions about whether or not the parties in the discussion are “true” or “real” erotic power exchange people and if there is one thing the average group (and unfortunately many individuals as well) can not handle it is different opinions, resulting in tremendous flame wars. One of the best examples of this, is what happened to the Internet based alt.sex.bondage (ASB) newsgroup that started out as a discussion forum, aimed to share opinions, thoughts, ideas and questions, but grew into a battlefield beyond the capabilities of “UN-intervention” and ended in spamming and endless flame wars.

Every leader of an Internet discussion group will sooner or later be confronted with the same problem and this goes for support groups and organizations as well. The lack of commonly accepted principles is the main reason for this, since this allows for all sorts of self-proclaimed heroes to try and have it their own way. And the trouble probably is that there are no common denominators, simply because nobody so far has taken the trouble of trying to formulate them. Which in some areas is extremely difficult to do, but that does not mean it should not be done. And without them it is not only hard to unify the community, it is even a lot harder to change the opinions of the outside world. Prejudiced politicians and legislators – that seem to have an almost perverse need to regulate people’s intimate lives – are all too happy with a playground where they have no reasonable opposition at all.

So, if the chicken and eggs situation is to be broken, it will have to be done by those who want it to be broken, i.e. the people that suffer from the prejudice. Since something between 15 and 30 percent of the adult population at least has erotic power exchange fantasies, unity could make a formidable difference. That, however, can only take place if politicians and legislators will be made to understand this large group might turn against them. As long as the groups stay hiding in the closet, accepting what is happening to them and complaining about it but not doing anything about it, the situation will not change.