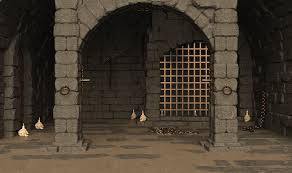 While there are differences between the western and oriental approach to rope, more and more people find ways to intertwine both styles into their personal preference. And that is great.

This is also true for the definition of what rope bondage (or “ligotage” as the French fondly call it) exactly is. While the more classic approach is: restraining with ropes only, the more modern approach is restraining with whatever works well for you. I.e. people happily cross borders and mix leather restraints, chains and rope into an often beautiful mix that works for them. And since BDSM is all about what you want, that is exactly what you should do. Which is why we will take that approach as well. While there is a lot of emphases on rope (of course), you’ll also find many different combinations, of styles as well as materials used.

Ropes can be difficult to use and may soon become a pain in the ass if you are less experienced. They come off, cut into the flesh and may block arteries. All these things can severely interfere with the fun of the rope bondage scene and that is not what you want.

Like most other BDSM-techniques – require training for both dominant and submissive and it simply takes a bit of time to master some of the basic techniques. Until that time, it is simply easier and safer to resort to leather restraints. Simply because what you are looking for is fun, not the stress of a situation that looked very appealing when you started it, but turns into a disaster, simply because of lack of experience.

Again, if this is new to you, it may also be a good idea to start out with non-nude sessions, but use clothing (or “sweatlets”, the type of wristbands tennis players use) as a protective layer between the ropes and the skin to prevent rope burn and accidental bruises.
Pro Tip: Here is hint for a simple but extremely effective punishment. All you need is a piece of chain and two padlocks. Lock one end around her ankle and the other end to a chair. You determine how long the chain will be, i.e. the living-space she is allowed to use. A simple evening watching television suddenly turns into an exciting game and the punishment is extremely useful for subs, that have tendency to test your (dominant) limits.

Pictures, cd’s and videos around can be a fun source of inspiration, but they also have a downside. Since there are so many bondage pictures around, many people think restraining is an easy thing to do. Fact of the matter is that it is not and that you need to take the time to master techniques and understand them to be able to apply rope bondage successfully. Successful meaning that the two (or three or four) of you have a great scene, uninterrupted by technical difficulties and annoying things like limbs turning cold or nerve ends, being irritated.

Please bear in mind that a lot of what you see in porn magazines are actually trick shots. What looks like a suspension is often a situation where there are hidden supports, concealed harnesses, clever use of backgrounds and creative camera angles. Plus a lot of the models are well-trained, since posing is their everyday job. Hence the risk of muscle injury to them is less likely than it is to those, entering into rope activity for the first time or only once every so many months. Besides, the pose for the shot only lasted a few minutes and it is hardly ever a moment from a full scene.

So, by all means be inspired and turned on by pictures, but don’t let them fool you and keep your feet firmly on the ground.

Here is a set of very basic safety and success hints:

* Never try to use one long end of rope, but instead use different shorter pieces. This helps you to plan and adjust ropes, without getting entangled in yards and yards of them. Plus, it is simply easier to make corrections.

* Learn and practice two or three knots that you will always use and that you can tie and untie with your eyes closed. That will improve the self-confidence of the dom as well as the sense of safety of the sub. Besides, it actually is a lot safer if, in case of an emergency, you know what knots you made so untiring them is easier.